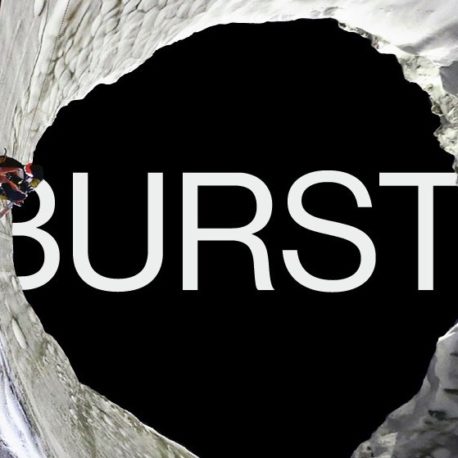 In september 2015, visual artists Ferdinand Ahm Krag and Frans Jacobi, poet Theis Orntoft and filmmaker Frederik Jacobi travelled to the furthest Siberia, the Yamal Peninsula, to investigate and film some deep craters, that has been found in the tundra during the last year. Scientists suggest that the deep holes are created by severe explosions of methane gas – as a consequence of increasing temperatures caused by global warming.

Burst is an attempt to use the images of the methane-gas-holes as metaphors for the potential passage through the limits of the sky and the waters that is now suggested by an international scientific community as a possible consequence of capitalist culture’s all-encompassing influence on the globe.

Burst is produced within in the context of the artistic-research-project Synsmaskinen. Synsmaskinen is an artist-group working with projects, each exploring a certain aspect or manifestation of contemporary crisis. Together these visions are attempts to unfolding a contemporary political cosmology.